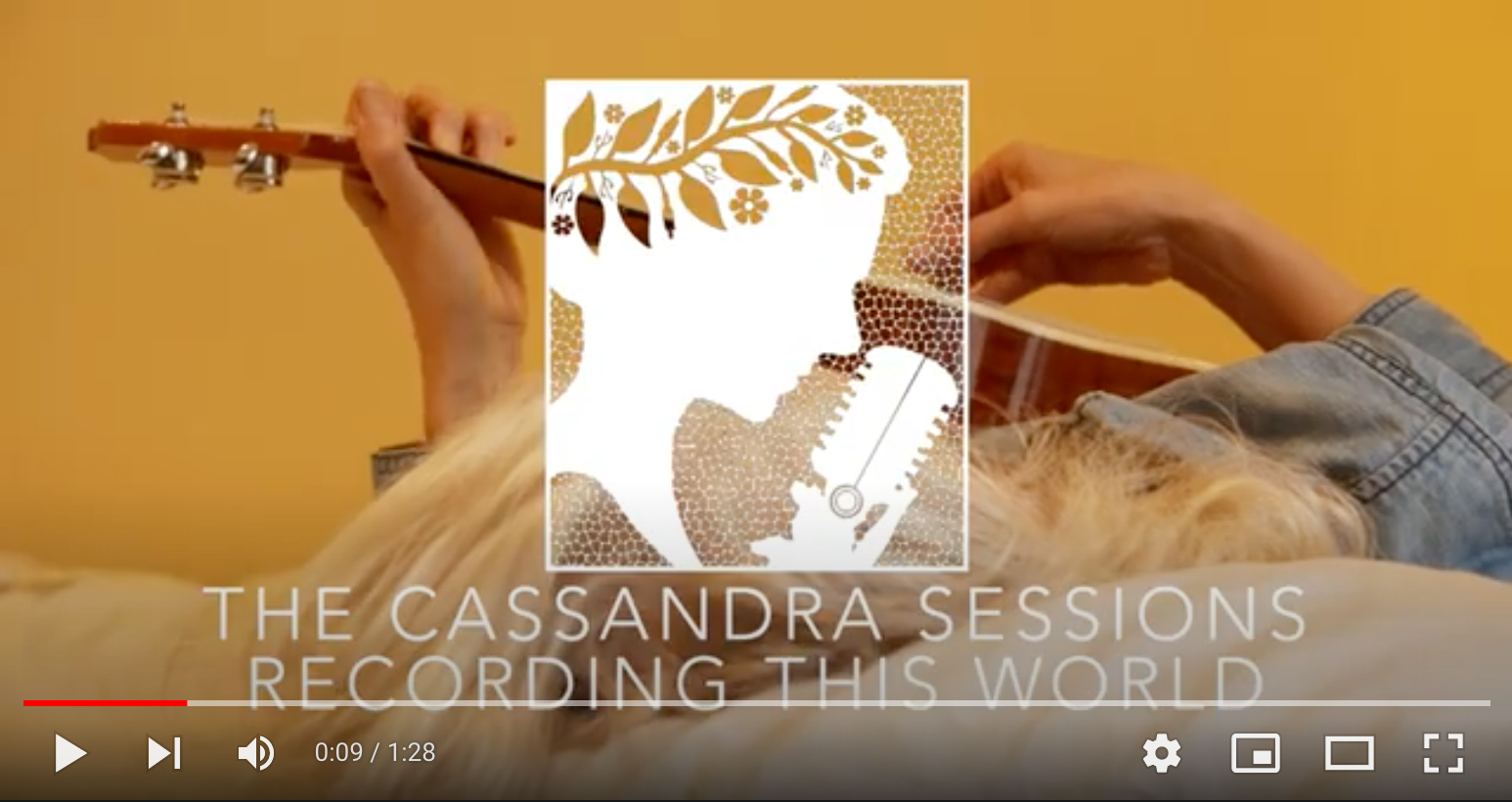 The Cassandra Sessions: Recording This World, a workshop production in its first outing, was created by Shotgun Players artistic company member Beth Wilmurt with Jake Rodriguez. Wilmurt explains the inspiration behind the piece, “I felt inspired by Malvina’s path to finding her creative and political voice in her later years, and her devotion to getting to the truth of things. I had this idea that I would play the Greek mythological figure, Cassandra, and Cassandra would record Malvina Reynolds’ songs in a recording studio. Cassandra is cursed with prophecies that nobody believes. So, she knows she will soon die, and is struggling to get this recording made. She recognizes Malvina’s songs were true in their time, but their messages clearly weren’t heard since the problems they articulate still exist today. And the current post-truth era doesn’t make hearing them any easier through the noise. So maybe future generations will listen to Cassandra’s time capsule of truth-telling songs and be inspired to make real change.”

The format of the live music-theatre piece follows a non-traditional narrative structure. Co-creator and sound engineer Jake Rodriguez further explains, “The premise of what we’re doing is really simple - we’re recording these songs, and I’m on the technical side, and Beth is the performer. We stick to that premise, and some themes pop up from that. A lot of what Beth and I have worked on over the years has been about process. We’re digging into process, and the successes and the failures and the challenges of trying to do something, trying to create something, trying to communicate with another person.”

Creator Beth Wilmurt discusses why the songs of Malvina Reynolds inspired her, “Her lyrics grabbed my attention. Every time I pulled out a Malvina Reynolds song, it seemed a little bit strange: a little off, a little unusual, a little weird, yet captivating and very prescient.” Beth continues, “I felt inspired by Malvina’s own trajectory. She began her songwriting career at 50, reached the height of her career at 68 and worked until she died. Her songs were her way of speaking out against injustices she saw in this world. She was always a political person, by circumstance and inclination, and a woman in a time when women’s voices were not supported.” Reynolds, a Berkeley native born in 1900, signed with Columbia Records, and eventually left to start her own label, Cassandra Records. 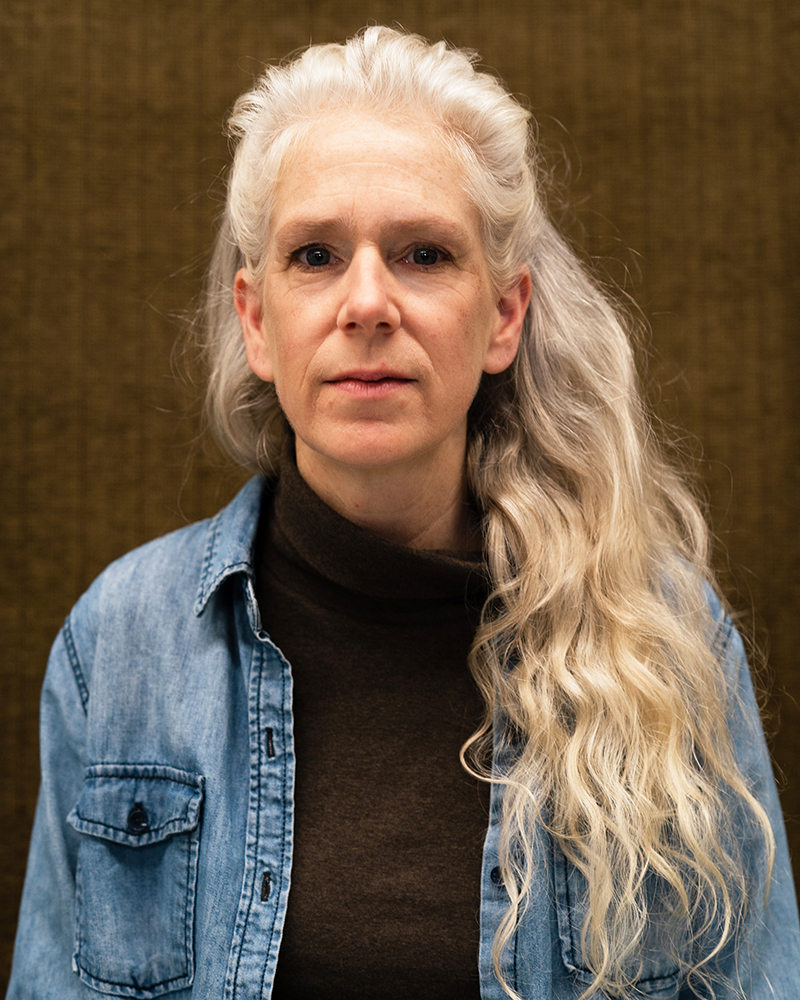 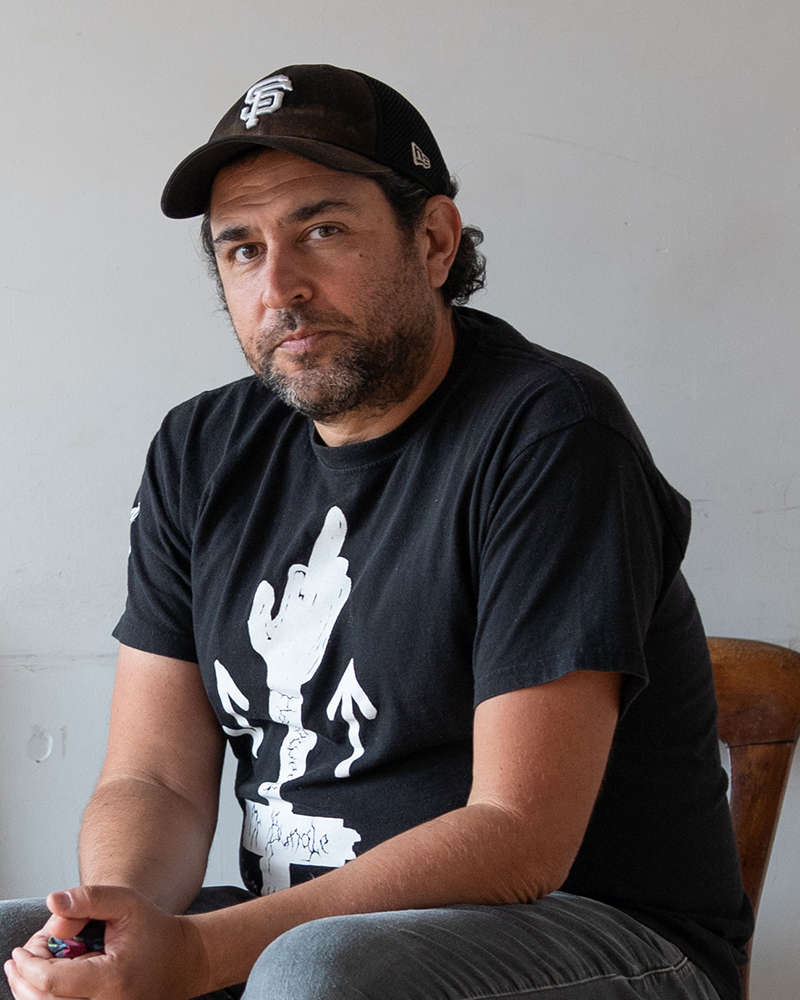 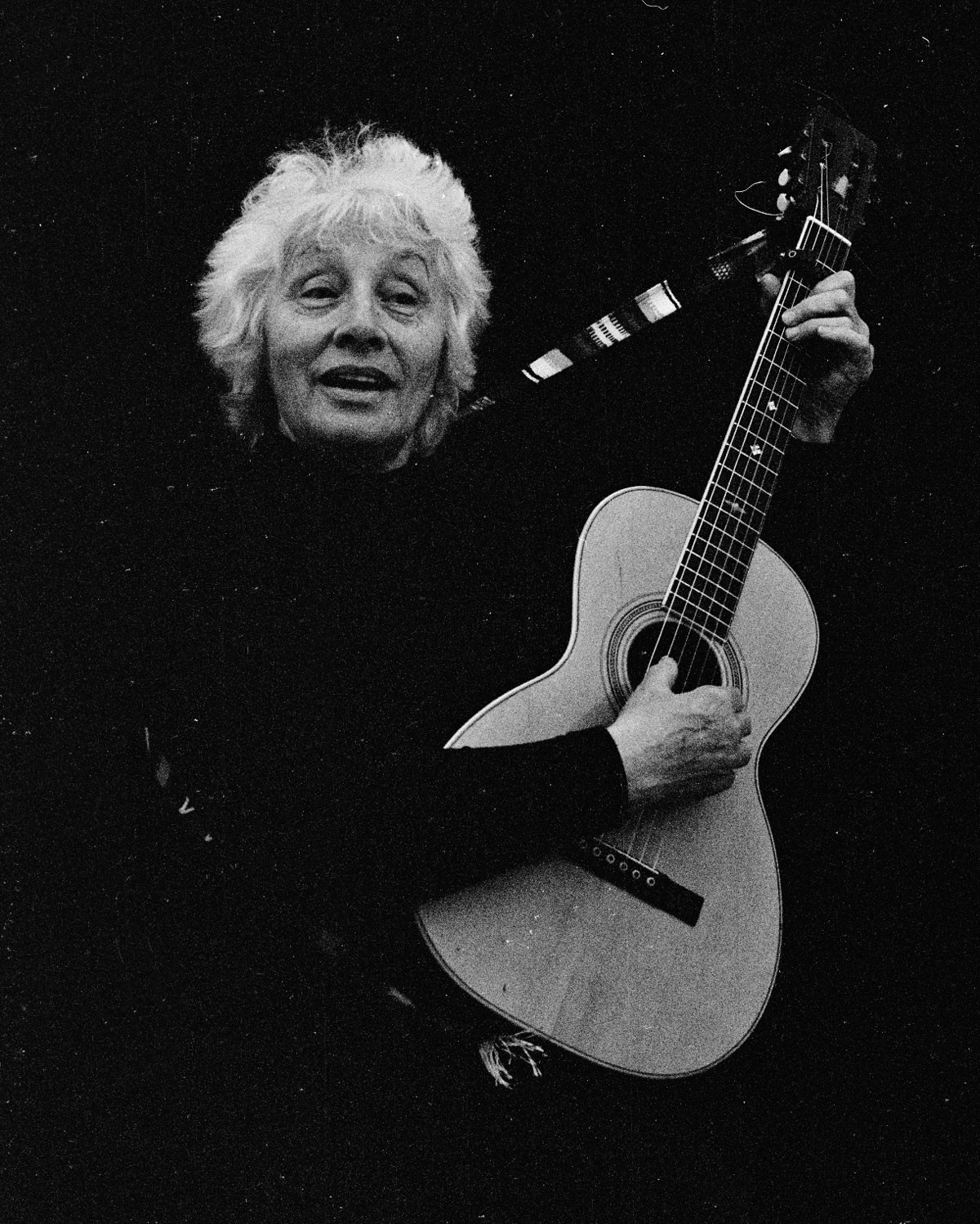 Beth Wilmurt is a longtime Shotgun Players artistic company member, having acted in over ten productions from The Death of Meyerhold to her most recent, Who's Afraid of Virginia Woolf and Hamlet. She has also directed Nora, Edward Gants’ Amazing Feats of Loneliness, and Kill the Debbie Downers. Beth has created many of her own theatrical and cabaret performances over the years and has acted extensively for several Bay Area theatre companies. Her other longtime passion has been directing choir for San Francisco Community Music Center. She currently directs a children's choir and three older adult choirs. bethwilmurt.com

Jake is a noiser and performer based in the San Francisco Bay Area who last worked with Shotgun Players on Women Laughing Alone with Salad. His recent credits for sound design include Wintertime at Berkeley Rep, Dear San Francisco at Club Fugazi, Between 2 Knees at Oregon Shakespeare Festival, Top Girls and The Great Leap at A.C.T., Oedipus el Rey at Magic Theatre, and Everybody at California Shakespeare Theater. When not working on plays, you can find him making a racket with the bands Ritmos Tropicosmos, Orhima, BDASMR, and his solo noise/performance project bran(...)pos. hear more at soundcrack.net.

Born Malvina Milder of Jewish socialist immigrant parents in San Francisco, Malvina entered U.C. Berkeley and received her B.A. and M.A. in English. She was awarded her Doctorate in 1939, became a social worker and a columnist for the People's World and, when World War II started, an assembly-line worker at a bomb factory. She and her husband took over her parents' naval tailor shop in Long Beach, California. She met Earl Robinson, Pete Seeger and other folk singers and songwriters in Long Beach in the late 1940s and began writing songs. She returned to Berkeley, and to the University, where she took music theory classes in the early fifties. She gained recognition as a songwriter when Harry Belafonte sang her Turn Around. Her songs were recorded by Joan Baez, Judy Collins, The Seekers, Pete Seeger, and the Limeliters, among others. She wrote songs for civil rights demonstrations, political causes, and toured Scandinavia, England and Japan. A film biography by Berkeley City Council Member Susan Wengraf, Love It Like a Fool , was made a few years before she died in 1978.