We're thrilled to have an amazing group of post-show speakers joining us after each performance of Citizen Brain. 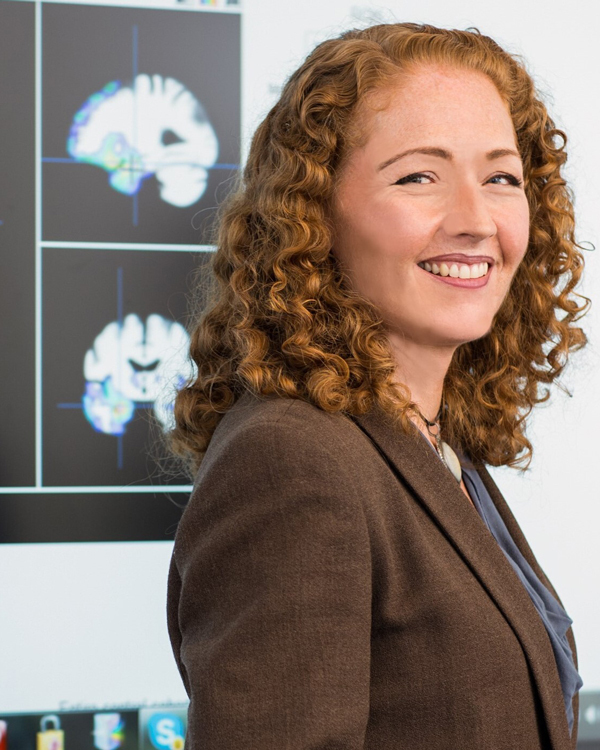 Dr. Kate Rankin is a Professor in Residence at the UCSF Department of Neurology who investigates the neuropsychological and neurologic underpinnings of human socioemotional behavior in aging and neurodegenerative disease. In her work at the UCSF Memory and Aging Center, Dr. Rankin developed a battery of socioemotional tests that was adopted at the national level by the NIH Alzheimer’s Disease Coordinating Centers to improve diagnostic accuracy for dementia syndromes. She coauthored the current international consensus criteria for the diagnosis of frontotemporal dementia, and more recently she was part of the NIH-AA committee defining the international framework for the diagnosis of Alzheimer’s disease in 2019. Her research utilizes quantitative structural and functional brain imaging to examine the neural substrates of empathy, theory of mind, personality, and the comprehension of the social signals for sarcasm and deception. She is a leader in the UCSF-wide Precision Medicine initiative, and advises on a number of UCSF committees and boards promoting digital health and computational strategies for improving research and clinical care. 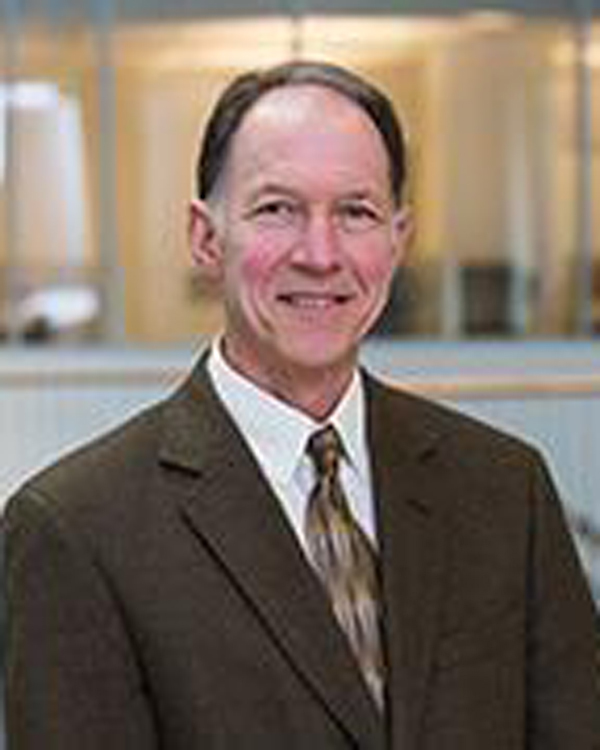 Dr. Kramer has been extensively involved in studying the cognitive changes associated with aging and brain disorders for the past three decades. Much of his current work is devoted to understanding the biological and lifestyle variables that explain how some people’s brain age incredibly well, while others are prone to cognitive and functional decline. His projects involve longitudinally following hundreds of older individuals, and measuring cognitive skills, sleep, diet, physical and mental exercise, genes, blood-based biomarkers, brain structure and function, and other potentially relevant factors. He has also been a leader in developing widely used neuropsychological measures of memory and executive functioning. 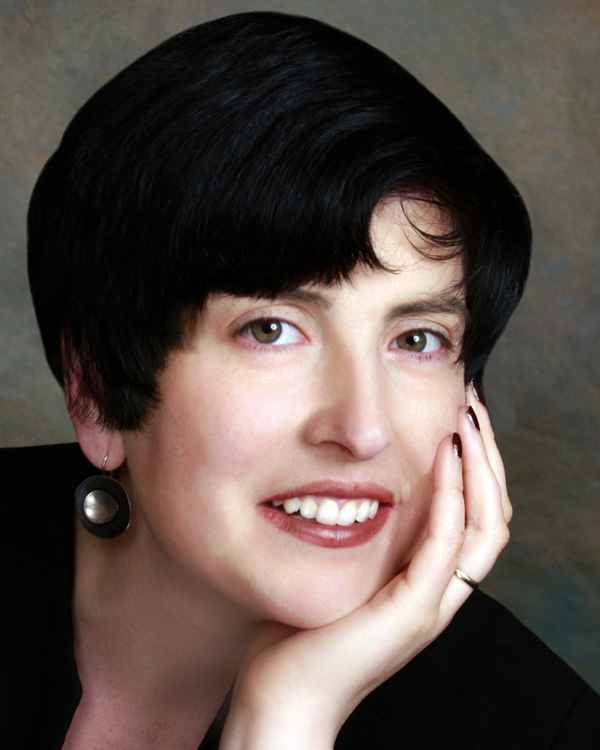 Lea T. Grinberg, MD, Ph.D. trained in neuropathology and neuroanatomy. Currently, she is the John Douglas French Alzheimer’s Foundation Endowed Professor and an associate professor of neurology and pathology at UCSF. Her research focuses on neurodegenerative diseases with special emphasis on early disease stages, selective vulnerability, and pathological heterogeneity. Her contributions to the field of dementia include: identifying brainstem nuclei as the earliest structures affected in Alzheimer’s disease and translating these findings to diagnostic and treatment development, investigating the neurobiological basis of sleep dysfunction in neurodegenerative diseases; developing and implementing high-resolution histology tools to validate multimodal neuroimaging findings. She directs the Human Validation Core for the National Institutes of Health-funded U54 Center Without Walls for Tau Biology, co-directs the Neurodegenerative disease brain bank at UCSF, is a Co-PI for the U54 LEADS Neuropathology Core, and is a principal investigator of the Tau Consortium. She is a member of the governing board of the Brazilian Biobak for Aging Studies, the Executive Board of the Global Brain Health Institute, and the Medical and Scientific Advisory Group for the Alzheimer Association. She is also the chairperson for the selection committee of the Global Brain Health Institute, and Neuromodularoty Subcortical System PIA of the ISTAART.

Watch a recording of the post-show conversation with Dr. Grinberg on Vimeo 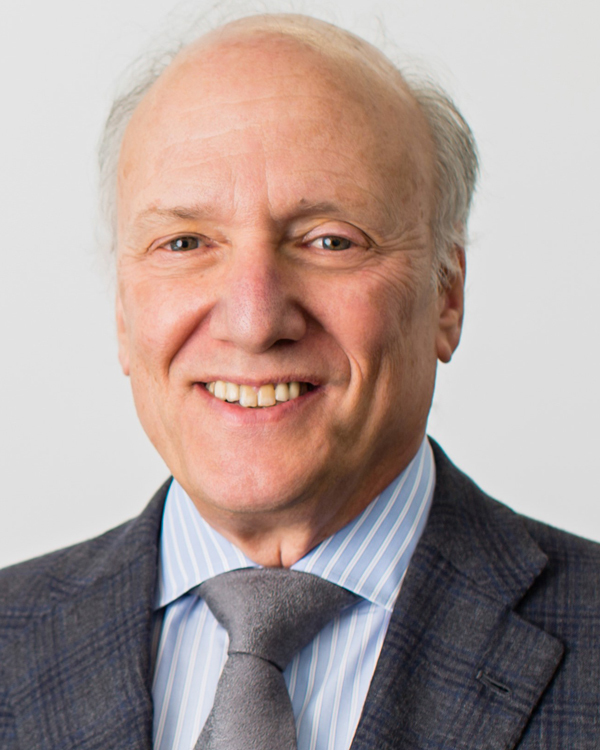 Dr. Miller holds the A.W. and Mary Margaret Clausen Distinguished Professorship in Neurology at UC San Francisco where he directs the Memory and Aging Center. He is a behavioral neurologist whose work in neurodegenerative conditions emphasizes brain-behavior relationships and the genetic and molecular underpinnings of disease. He is the principal investigator of the NIH-sponsored Alzheimer’s Disease Research Center and program project on frontotemporal dementia. Additionally, he helps lead the Tau Consortium, the Bluefield Project to Cure Frontotemporal Dementia and the Global Brain Health Institute. He was awarded the Potamkin Award from the American Academy of Neurology and elected to the National Academy of Medicine. 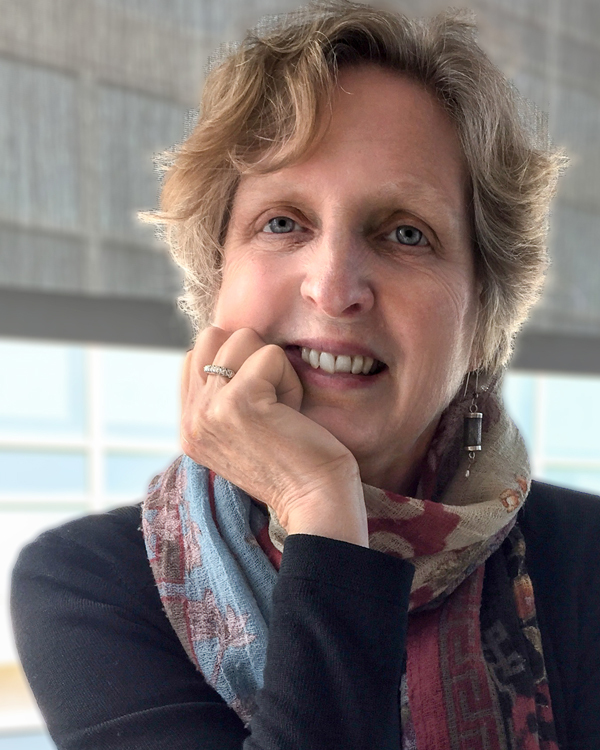 Dr. Mary De May received her medical degree from the State University of New York at Stony Brook. She completed an internship in medicine and psychiatry at the University of Pennsylvania in Philadelphia and subsequently did her psychiatry residency and fellowship at the University of Pittsburgh Western Psychiatric Institute and Clinic. She joined the UCSF Memory and Aging Center in 2000, where she is the Center’s Hellman Master Clinician and the Hellman Family Distinguished Professor of Neurology.

As an attending physician at the Memory and Aging Center Clinic, Dr. De May participates in the multidisciplinary comprehensive evaluation of new patients and research participants, as well as providing ongoing care. She teaches neurology residents and fellows, psychiatry interns, geriatric medicine fellows and other rotating clinicians, and she serves as a clinical mentor for the Global Brain Health Institute. She also performs psychiatric evaluations for patients referred from within the Memory and Aging Center and helps them find appropriate psychiatric care within the community as needed. 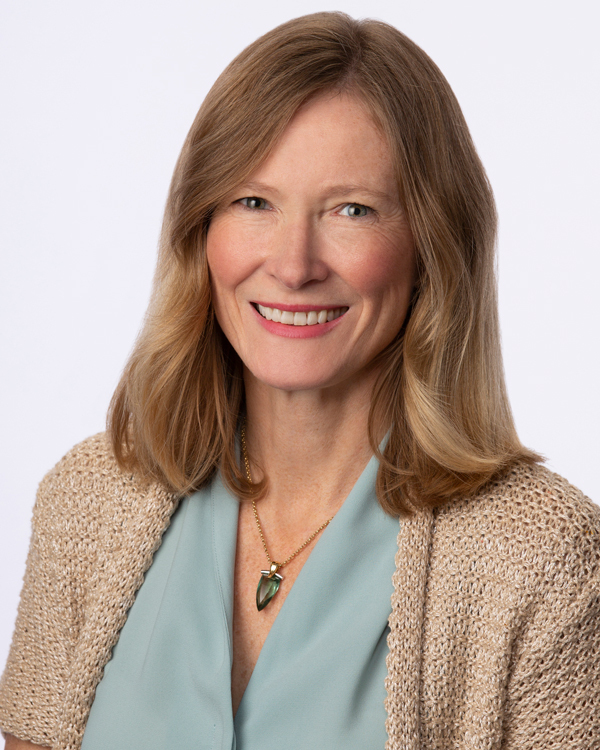 Kate Possin is an Associate Professor in Residence at the UCSF Memory and Aging Center. She holds the John Douglas French Foundation Endowed Professorship. Her research program is focused on improving the diagnosis and care for people Alzheimer’s disease and related disorders. She designs cognitive tests for diagnosis on tablet computers (“TabCAT”) and uses them to improve diagnosis. She directs the “Care Ecosystem”, a telephone-based collaborative care model for people with dementia and their caregivers that improves patient quality of life and caregiver well-being, while reducing emergency visit use. She mentors future leaders in brain health from around the world through her work with the Global Brain Health Institute. 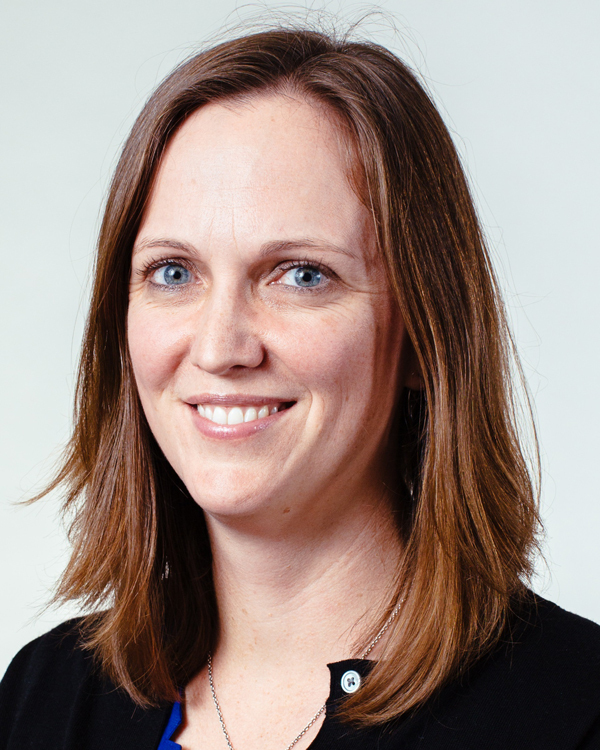 Virginia Sturm, PhD, is the John Douglas French Alzheimer's Foundation Endowed Professor at UCSF. She is an Associate Professor in the Departments of Neurology and Psychiatry and the director of the Clinical Affective Neuroscience (CAN) Laboratory that is located in the UCSF Memory and Aging Center and affiliated with the UCSF Center for Psychophysiology and Behavior (CPB). After undergraduate work at Georgetown University, she received her PhD degree in clinical psychology at the University of California, Berkeley and completed her clinical internship and postdoctoral fellowship at UCSF in neuropsychology. Her research focuses on identifying the neural systems that support emotion and social behavior in neurodegenerative disease and neurodevelopmental disorders. 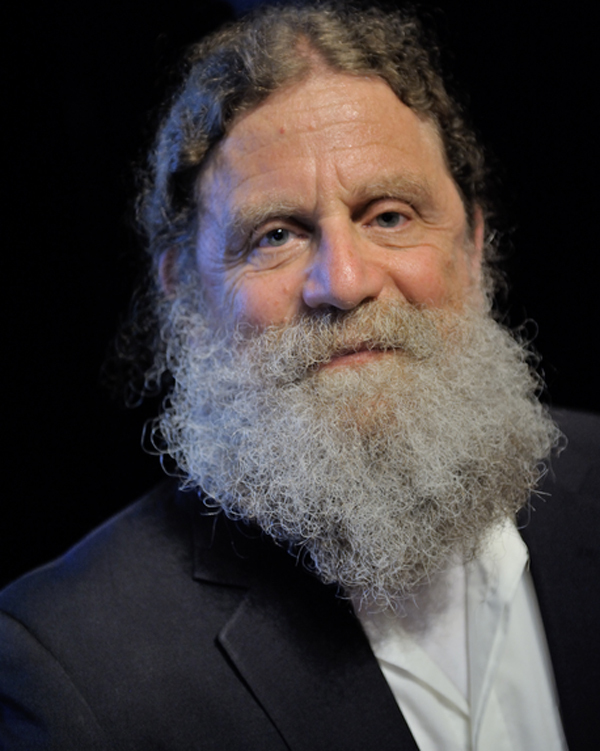 Robert Sapolsky is John A. and Cynthia Fry Gunn Professor of biology, neurology and neurosurgery at Stanford University, as well as a research associate at the National Museums of Kenya. His interests, most broadly, are to understand the biological roots of our behavior, and to that end, he has divided his time for many decades between being a laboratory neurobiologist and a field primatologist, studying wild baboons in East Africa. He writes and lectures frequently to non-scientists, and his most recent book is Behave: The Biology of Humans at Our Best and Worst (Penguin, 2017); earlier books include Why Zebras Don't Get Ulcers: A Guide to Stress, Stress-Related Disease and Coping, and A Primate's Memoir.

Watch a recording of the post-show conversation with Dr. Sapolsky on Vimeo 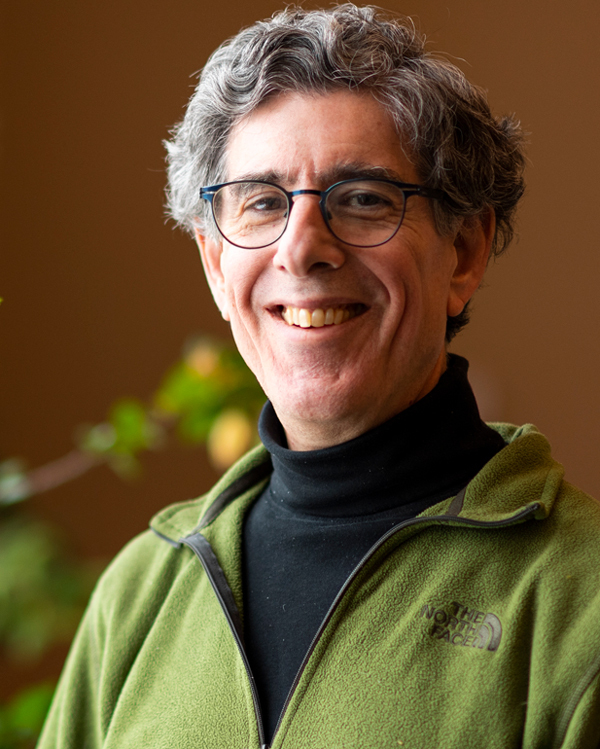 William James and Vilas Research Professor of Psychology and Psychiatry and Founder & Director of the Center for Healthy Minds, University of Wisconsin-Madison.

Davidson’s research is broadly focused on the neural bases of emotion and emotional style and methods to promote human flourishing including meditation and related contemplative practices. He has published over 440 articles, numerous chapters and reviews and edited 14 books. He is the author (with Sharon Begley) of "The Emotional Life of Your Brain" published in 2012 and co- author with Daniel Goleman of “Altered Traits” published in 2017. He was elected to the National Academy of Medicine in 2017 and appointed to the Governing Board of UNESCO’s Mahatma Gandhi Institute of Education for Peace and Sustainable Development (MGIEP) in 2018. 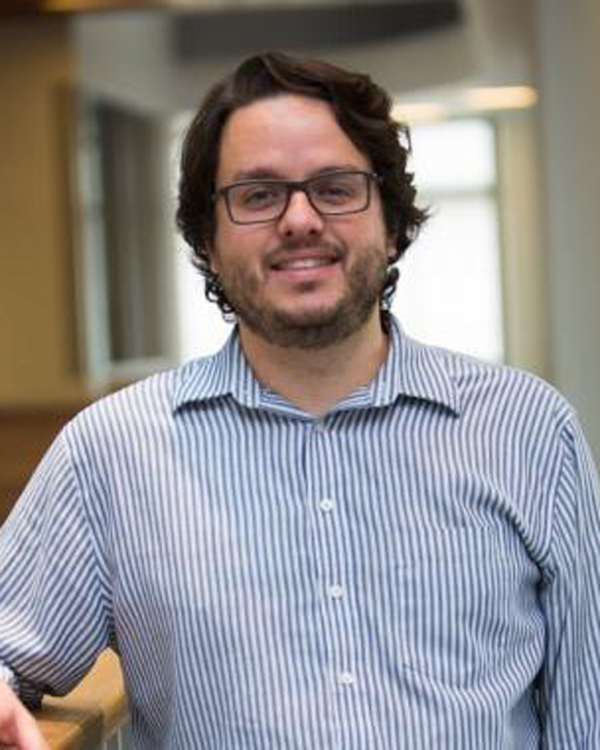 Serggio is a neurologist who cares for patients with cognitive impairment. He is director of the UCSF Memory and Aging Center’s (MAC) community outreach program, which aims to educate underserved and underrepresented communities on brain health and dementia topics, and improve these communities’ participation in clinical research at the MAC. More information on Serggio can be found here. 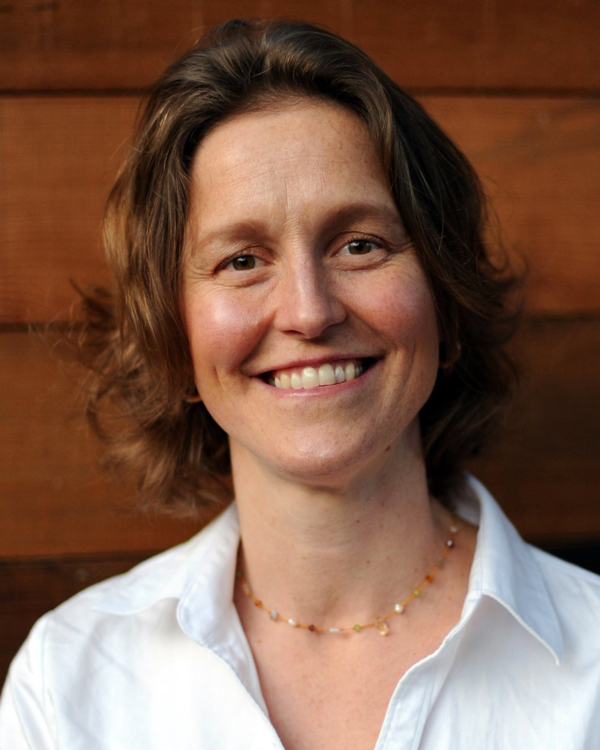 Emiliana Simon-Thomas is the Science Director at UC Berkeley’s Greater Good Science Center. A Berkeley native, she earned her PhD in Psychology studying how emotions and cognitive processes interact to shape thoughts and behavior. During her post-doc, Emiliana studied biological and social properties of pro-social emotions like compassion, gratitude, and awe. She then served as Associate Director/Senior Scientist at Stanford's Center for Compassion and Altruism Research and Education (CCARE), examining how compassion, both innate and learned, benefits health and well-being. At the GGSC, she oversees the student research fellowship program, runs key initiatives like Expanding the Science and Practice of Gratitude, and provides an expert scientific voice on the key roles that social connection, mutual support, and belonging play in well-being. She also co-teaches The Science of Happiness and the Science of Happiness at Work Professional Certificate Series, four MOOCs on edX.org that have enrolled over 800K learners. She also advises organizations on how to boost happiness both from a product perspective and by building a climate that supports engagement, trust and agility. Alongside her academic and popular writing, Emiliana recently co-edited the