A Meme By Any Other Name… 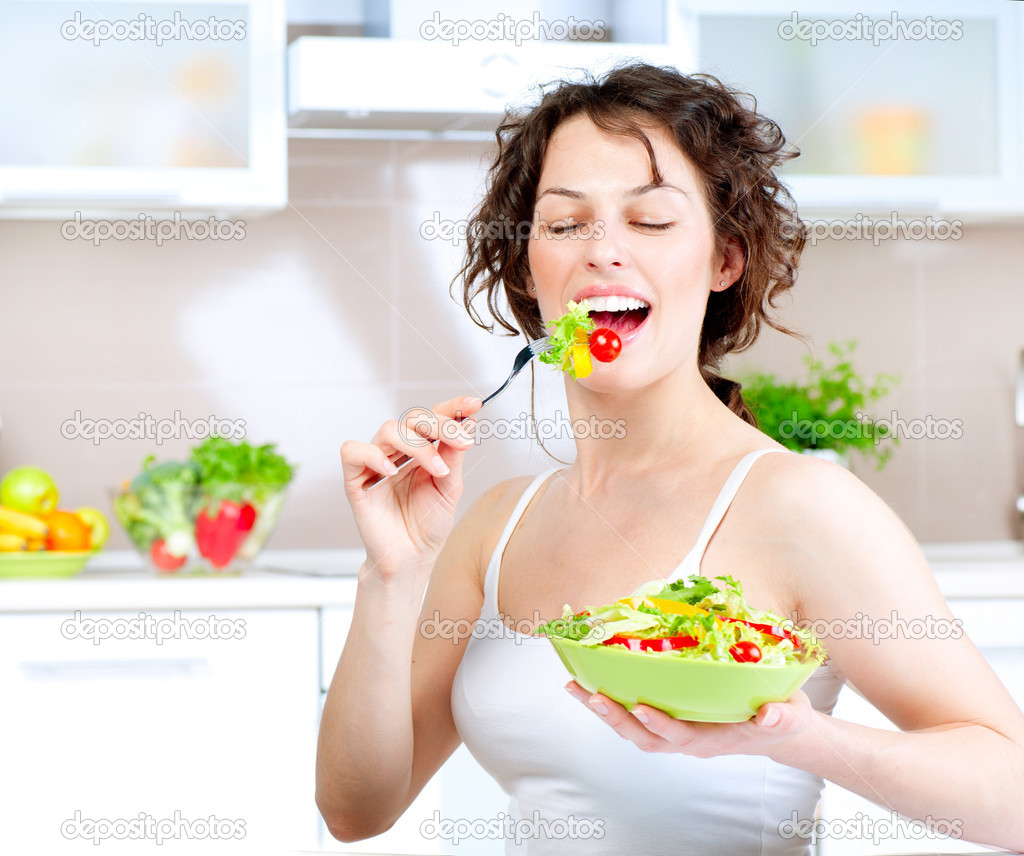 If you do an Internet search for “women laughing alone with salad,” dozens of marketing “memes” will appear of thin, beautiful women literally laughing while eating… salad. No dressing. No croutons. Just plain leafy greens. What is so dang funny? Playwright Sheila Callaghan noticed the prevalence of this meme and began writing a brash, feminist comedy that interrogates and explores gender roles, sexism, and the power of marketing.

The play opens with three women eating salad: Sandy, a well-dressed woman in her fifties; Meredith, an average-sized woman in her thirties; and Tori, a thin woman in her twenties. Guy, a 29 year old man, enters on his cellphone, eating a burrito and complaining loudly about his mother and women in general. Instantly, the image of women eating salad is contrasted with Guy. Throughout the first act we experience Guy’s relationships (or lack thereof) with women, contrasted with fantastical images and tableaus from the advertising world. According to Susannah Martin: “Part of the brilliance of the play is in the many ways it volleys from over-the-top absurdism to fantasy, and finally to small, vulnerable, real moments.” The first act ends with a wild exploration of sexuality and—salad.

With the second half, the action of the play moves to a marketing firm where Guy has been working, but with this twist: the actresses who portrayed the women in the first act now embody male characters, and Guy is portrayed by the actress who played his mother. Gender roles, power dynamics, and the influence of advertising are explored as “marketing bros” Joe and Bruce (portrayed by the actresses who played Tori and Meredith) roll out their ad campaign for an anti-depressant expressly designed for women: “Effervatorl: It’s You, Only Better.” Guy is feeling confident that the campaign will be a tremendous success until Alice enters and everything changes. Director Susannah Martin describes the play as “funny as hell, entertaining, eminently theatrical, unapologetic, sometimes angry, and surprisingly poignant.” In other words, a perfect match for Shotgun Players. 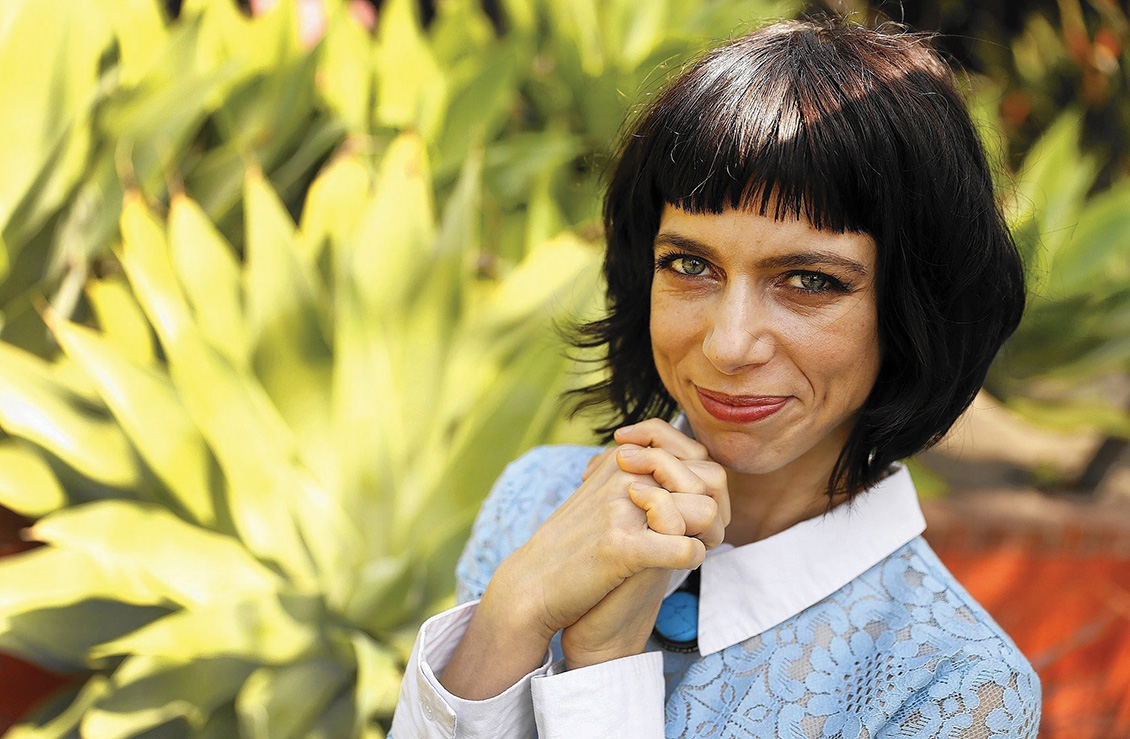 Sheila Callaghan has a lot going on. She is a writer/producer for the TV series Shameless and has written over two dozen plays in addition to Women Laughing Alone with Salad. She is also a founder of The Kilroys, a group of feminist writers who create an annual list of exceptional, unproduced plays by women and trans author. Her humor and activism are woven into everything she writes.

With Women Laughing Alone with Salad she reveals how women and men are adversely affected by how women are portrayed in the media. She comments: “If you’re going to talk about feminist issues in our culture, you can’t not talk about them as perceived by men. It just seems like a one-sided conversation. It’s not placing blame or pointing fingers. It’s not women only at the mercy of these images. Men are also at the mercy of what these images do to women, men who are involved in women’s lives. So our man is victimized in a way, too, by these images. He wants to connect with these women who for whatever reason are shamed into not being who they need to be.” 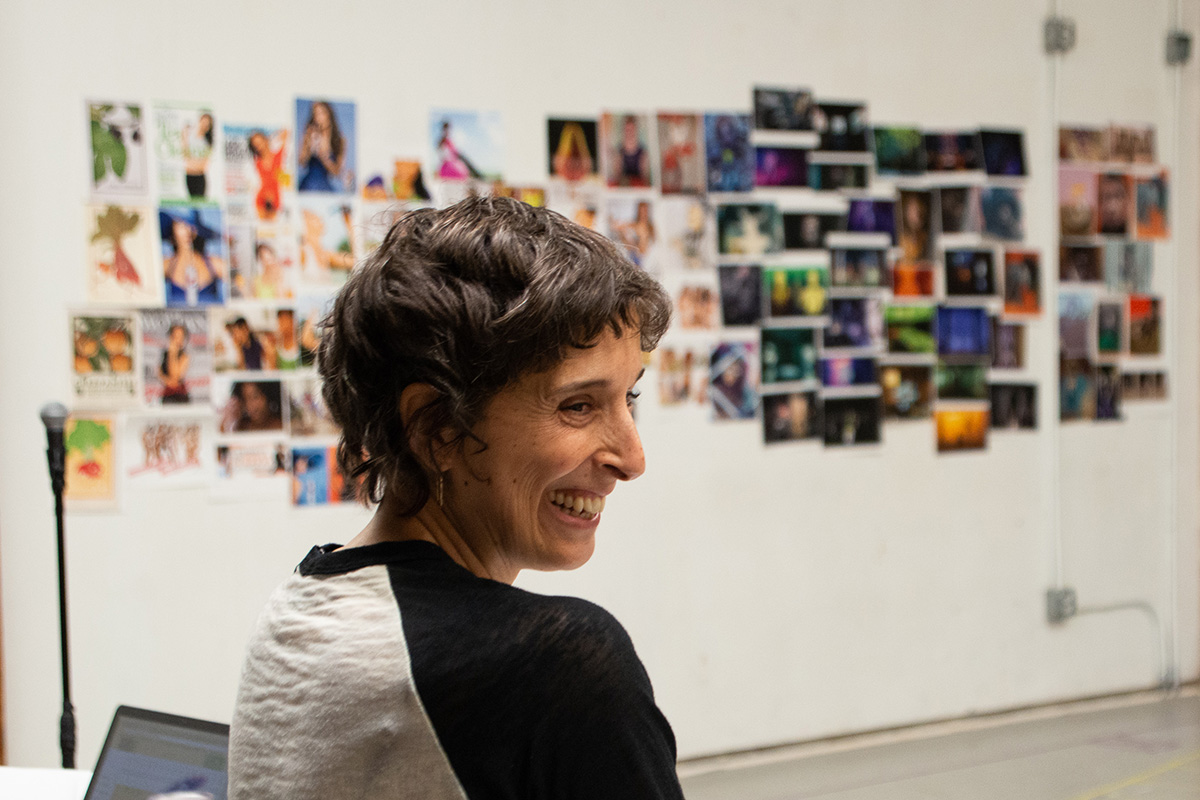 These are all words that theatre critics regularly use to describe Susannah Martin’s direction of plays. She tackles everything from classics like Our Town to last year’s haunting production of The Events. She is both an artist and an activist. Naturally, she is the perfect match for Sheila Callaghan’s humorous exploration of body image, sexuality, and gender roles.

Here are a few of her thoughts on Women Laughing Alone With Salad.

“What’s sold to us? How do they sell it? And then, in turn, what does that make us aspire to? Want? Expect? Shame ourselves for when we don’t meet those expectations or aspirations? This constant selling happens across the spectrum of race, class, culture and gender. This is a play about the contrast of space and privilege between men and women. How much space, literally, are men allowed to take up (expected to take up) in contrast to women? Sheila Callaghan, with uproarious humor and passion and unapologetic anger and deep compassion for all, implores us to engage in conversation with each other. This play is an awesome roller coaster ride of unrelenting theatrical imagery and behavior. It identifies what’s happening – what’s been happening for millennia – and demands that we talk about it. And it’s a total blast.”

Be sure to join us after the performance for a post show conversation! 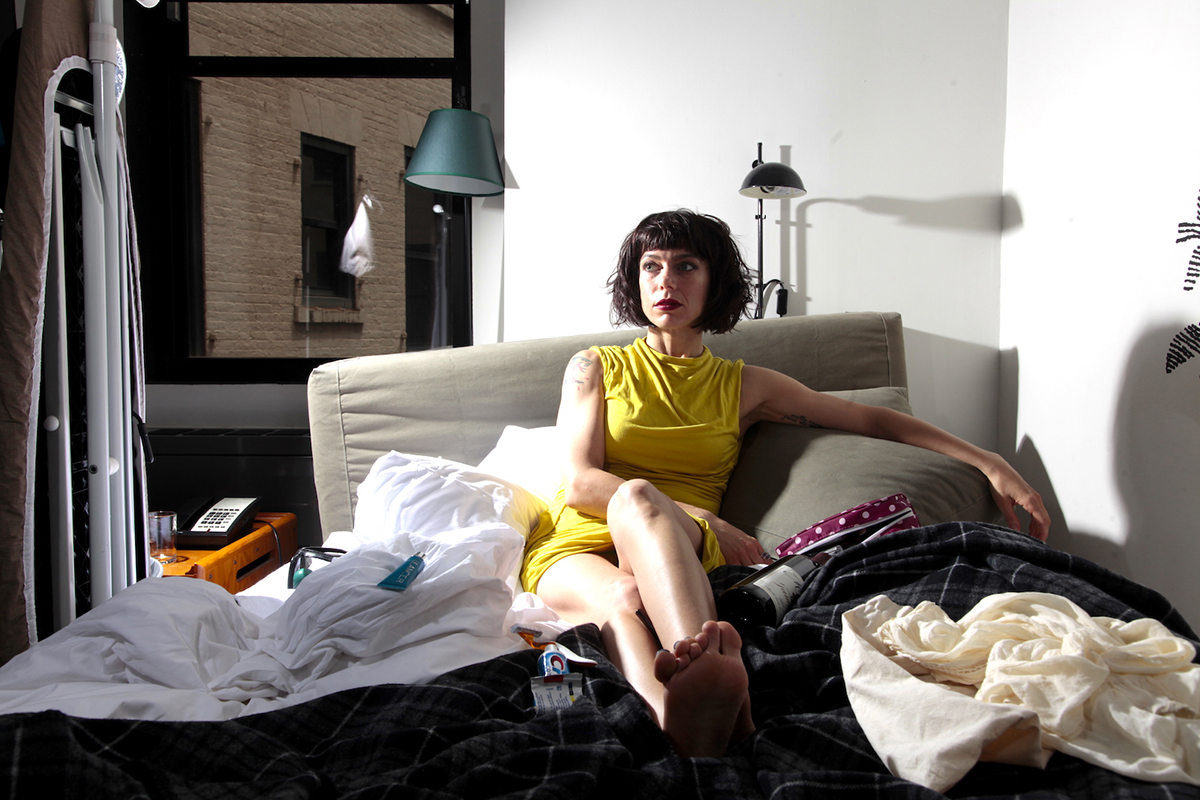 In this pre-performance talk, Los Angeles playwright Sheila Callaghan discusses her work with Shotgun’s Founding Artistic Director Patrick Dooley. Profiled by Marie Claire as one of “18 Successful Women Who Are Changing the World,” and named one of Variety’s “10 Screenwriters to Watch,” Callaghan has gained notoriety for her bold and biting humor in both theatre and television. Of playwriting, Callaghan says “I don’t know if there exists a play I want to write but won’t. I will write every play inside me until I have no more, and then probably one or two more.”